In the seemingly constant battle to increase fuel economy and reduce emissions, the role of the engine lubricant has always been critical. The balancing act of engine durability, and the need for ever lower viscosity oils to support fuel economy requirements has been extensively studied, but hardware changes can demand fundamental formulation changes to the engine oil.

One such increasingly utilised technology is turbo gasoline direct injection. TGDI allows downsizing of engines so, while displacements are smaller, power output is higher. By directly spraying fuel into the cylinder optimised compression ratios can be achieved. Fuel economy benefits can be further enhanced by taking advantage of what would otherwise be ‘wasted’ energy through turbocharging these downsized power units.

For all the benefits of downsizing, some complex problems must be addressed. Smaller, and hotter running than their larger equivalents producing the same power, these TGDI engines must be protected by engine lubricants designed for these severe operating conditions. TGDI engine oils must incorporate all performance characteristics expected in traditional engine hardware (cooling, engine cleanliness, protection against wear, corrosion inhibition, etc) in addition to top tier componentry to tackle complex problems introduced with DGI and TGDI.

To fully optimise fuel economy, exactly the correct amount of fuel must be introduced into the combustion chamber. However, operating conditions in modern downsized GDI/TGDI engines can facilitate a phenomenon known as LSPI whereby ignition of the fuel occurs while the piston is still moving up, towards top dead centre and catastrophic failure from the large pressure increase may result. Over spraying fuel effectively cools the chamber and reduces the potential for LSPI but obviously reduces fuel economy. Additive chemistry plays a critical role in reducing or eliminating pre-ignition events. SBZ can support our customers in formulating their premium lubricants that provide excellent protection against LSPI, as exhibited in the Sequence IX engine test, incorporated in the latest industry specifications.

Soot production and loading in engine oils has historically been considered a diesel engine problem. Due to the nature of the fuel injection and higher occurrence of incomplete combustion in GDI engines, they are susceptible to producing soot, whereas as previous generations of gasoline engines did not. Soot associated wear is a particular problem with the timing chain in these engines. This wear leads to chain elongation due to pin coating, corrosion and wear and can lead to valve timing problems. SBZ’s additive chemistries are balanced to reduce known molecules which are negative on chain-wear tests while boosting top tier components utilised to protect against soot induced wear.

Click to find out more about our Lubricant Additives

Scroll back to top 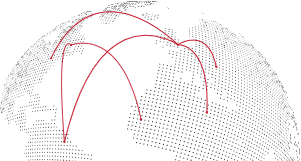 Need advice on a particular product, service, or technical help?